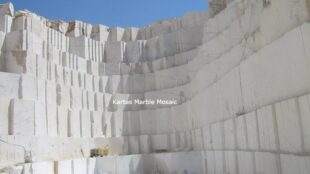 Everything you need to know about Marble and Quarries in Turkey!

The History Of Iscehisar Marble

Dominion is one of the oldest known names of Iscehisar, and this name has been used since the Hellenistic period. Although Synnada was a large settlement from these two military colonies where Macedonian soldiers were settled, Dokimeion was in the form of a village when it was first established.

The city, generally called Docimeium in the Roman period, experienced its brightest period. The city has been enriched and announced its reputation by working in marble quarries and workshops called “Synndin.”

In the reconstruction of Rome and the use of Dokimeion marbles in the Vatican, raw, semi-processed, or fully processed marbles were sent to many important places of the Empire in Anatolia. In addition to being an important Christian center in the Byzantine period, Dokimeion gained an important position with its marble making and continued to work on marble quarries. In this period, the city was also famous for the marbles that it gave to the construction of the Hagia Sophia church.

The History of Denizli Travertine

For more than two thousand years, the Denizli Basin was the subject of different settlements during the Roman, Byzantine, and Seljuk periods. Hierapolis (Pamukkale), Ancient cities such as Laodikeia, Tripolis, and Colossaeare, were the leading representatives of these settlements. This is most common in constructing historical buildings in ancient cities. The building block used was travertine. Later, caravanserais were founded on essential trade routes during the Anatolian Seljuk period in the 13th century.

The History of Mugla Marble Quarries

It is a city famous for Milas marbles in the first ages. The presence of marble quarries in Sodra, which is near the town, obtaining the materials required for construction, provided Mylasa to be equipped with many temples. Later, Mylasa came under the sovereignty of Rome, and Milas borders became the widest in the Byzantine Period. It was under the control of the Turks from the second half of the 13th century. In 1923, with the declaration of the Republic, it became a district of Mugla province.

The most crucial marble reserve region in Mugla province is the Milas-Yatagan-Kavaklidere. This region, which lies to the south of the crystalline massif, has been significant for the marble sector in the last 15 years. Mugla province ranks first in our country in the quarry business and blocks marble production. In production, it comes second after Afyon. Approximately 2.5 million tons every year marble production is carried out. Marble quarries and facilities, Kavaklidere, Yatagan, Milas districts, and Bayir town of the central district on Mugla-Aydin highway.

Turkey holds 5 billion cubic meters of marble reserves. Turkey alone is a country with 40% of the world’s marble potential. At the same time, the number of marble factories in the sector is only 1500, which is not sufficient.